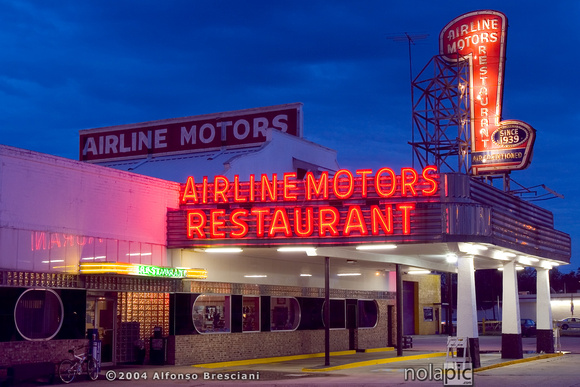 Airline Motors Restaurant was built in 1937 and opened in 1939. It was built mainly from building material from Jefferson College gymnasium. Cypress beam supports in the kitchen and beams in the attic.

During the depression, sales practices by major auto companies, such as forcing unwanted models, forced on dealers caused the franchise to be given up.