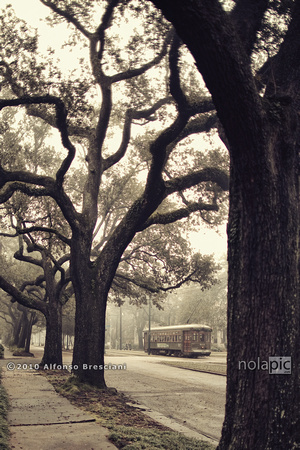 The St. Charles Avenue Streetcar line will celebrate its 175th birthday on September 18, 2010 and is the oldest continuously running railway system in the world.

The St. Charles Avenue streetcar line, the oldest operating streetcar system in America, has been designated a National Historic Landmark, the U.S. Department of the Interior announced Tuesday September 30, 2014.

While the newer red cars that roll along the Canal and Riverfront corridors share the same cosmetic footprint they have all the modern features and best technology.